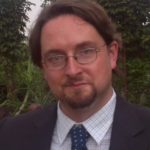 Dr Marko Tomicic is an experienced professional and team leader in governance, delivery of public services, organisation of political systems, including elections, international trade, education post-conflict and fragile societies, emerging democracies and humanitarian assistance. He is a Croatian citizen and a permanent resident of Kenya with a vast network of contacts in both countries, throughout Europe and Africa and around the globe. Dr Tomicic has deep understanding and expertise in project management cycle, including log frame and theory of change design, monitoring, evaluation, research and learning. He has over 15 years’ experience in international, managerial, consulting and community-related work: in politics, international relations and development, diplomacy, governance, civil society, the media, judiciary, foreign aid flows, transparency and accountability, public finance, and academia.

Dr Tomicic started his career as a young politician in Croatia, a country then ravaged by war and its consequences. For years, he has been engaged on reconciliation efforts between the warring parties and was at the helm of youth political organisations that were establishing dialogue in the aftermath of the conflict. He also worked as parliamentary assistant for the foreign policy spokesperson of a ruling party in the German Parliament (Deutscher Bundestag) before joining the diplomatic service of Croatia, where he stayed 7 years. He was an accredited attaché to the Organisation for Security and Cooperation in Europe (OSCE), where he chaired the Organisation’s Working Group on Financial Regulations which, for the first time since the Helsinki Final Act of 1975, adopted an all-encompassing framework for technical decision-making within Organisation for Security and Cooperation in Europe (OSCE) – the Common Regulatory Management System.

Dr Tomicic went on to become the Senior Advisor for his country’s Ministry of Justice, before working as a consultant for the European Commission’s Directorate General for Trade, and then moving to Washington, where he worked as project director for some of the world’s most prominent International Non-Governmental Organisations (INGOs), such as International Budget Partnership (IBP) and Global Integrity. While at Global Integrity, Dr Tomicic worked intensively in Kazakhstan and Kyrgyzstan – in the latter serving as advisor to the President’s cabinet in establishing Local Oversight Committees. He also managed the first-ever assessment of the quality of governance in all 50 United States (a runner-up project for the prestigious Harvard University Award for Investigative Reporting) and the work on International Budget Partnership (IBP)’s Open Budget Index. In 2010/2011 Dr Tomicic served as the Country Director for the National Democratic Institute (NDI) in Rwanda. 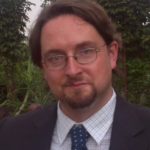